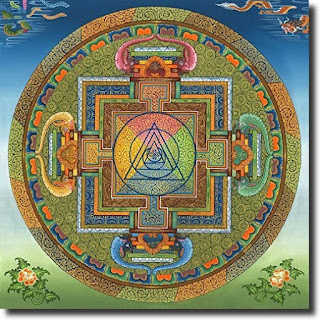 White Sun II is the sophomore album from world fusion artist White Sun, who fuse both modern and indigenous instruments with transcendental sung lyrics. Comprised of eleven compositions, the album was produced and mixed by Adam Berry who also plays guitar, keyboard and bass. Additionally, Adam is the co-writer of the songs along with Gurujas, who provides lead vocals as well as plays harmonium. Also joining the lineup is Harijiwan on Gong, Mamadou Diabate on Kora, Abbiman Kaushal on Tabla, and Gabe Witcher on Fiddle. A gospel choir lends their voices to a couple of compositions.

From the opening piece, “Gobinday Mukunday”, an atmosphere is conveyed of being inside a sacred shrine or temple, which sets the overall mood for the rest of the album. Indian tabla drums underscore the composition along with the classical touch of a fiddle, and a West African stringed instrument called a Kora. One gets the sense that something ancient and powerful is being invoked here, as Gurujas sings phonetically beautiful lyrics in a foreign tongue – her iridescent voice echoing throughout the halls of a vast and open space. Moving into the equality enthralling, “Ajai Alai”, Gurujas’ vocals are surrounded by an opulent arrangement of contemporary and exotic instruments that create a harmonious bliss. Her voice soars softly like a translucent arc of light towards the end of the piece, as if to draw one’s attention skyward in some kind of reverence. “Chattra Chakkra Varti” is another particular highlight in which a mesmerizing enmeshment of electric guitar and kora are enhanced by Gurujas’ meditative voice. Likewise stunning is “Dhan Dhan Ram Das Gur” – another soul-enriching piece led by an enveloping arrangement of vocals, percussion and mellifluous strings. Another personal favorite is “Akal Instrumental”, in which improvised elements emit a beautiful auditorium effect. Free of rhythm or vocals, the guitar and kora take center stage, as one might easily imagine the sights and scents of temple décor, incense and candlelight. This piece is followed by the equally mesmerizing, “Akal”, where Gurujas’ mantra-like intonations are surrounded by additional layered and harmonized vocals. Concluding the album is “Ik Ardas Wahe Guru” – a gently uplifting and celebratory piece that additionally features a gospel choir.

While I certainly enjoyed White Sun’s debut album, I am completely captivated by the breathtaking melodies, vocals and instrumental arrangements on this follow-up release. A sincere conveyance of depth, richness and soulfulness is present here, while effectively avoiding common clichés and nuances. The compositions’ detectable influences of Indian, African and middle-eastern music – combined with western vocals singing non-English lyrics – seem to culminate in a listening experience that feels inherently universal and transcultural. Outstanding from start to finish, White Sun II easily sits among this year’s best world fusion albums!

Available at Amazon and other music retail & streaming platforms.
at August 25, 2016